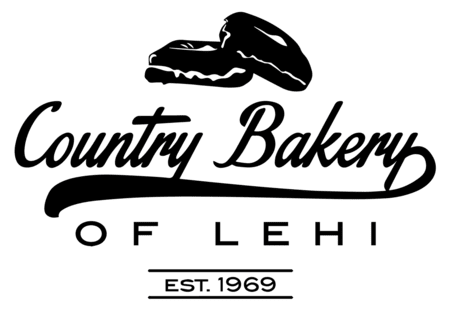 It started with a Wednesday morning ritual. David Doty would take his kids for donuts at Lehi Bakery on the way to school. And then, as the bakery approached it’s 50th birthday, the original owners put the “home of the square donut” up for sale. Much like the joint’s signature sweets, Doty and his wife couldn’t resist. So they went through the multi-faceted experience of applying for a loan only to discover they didn’t have enough upfront collateral to make the purchase. Enter Utah Small Business Loan Fund (USBLF).

“It was solely through the funding that the Loan Fund gave us that we were able to complete our purchase of the bakery,” Doty explains, and USBLF was proud to help with a down payment to make their delectable dreams a reality. The loan closed in December 2018 and the Doty’s began adjusting to a new lifestyle.

“We had small business background,” Doty explained. The family had already run a frozen yogurt shop and a food truck, plus Doty has an MBA so they were bringing plenty of experience to the table. “But we didn’t have bakery background,” he recalls, almost exasperated reflecting on those early days. “Going into work at one in the morning? I’d never done anything like that. It was all materials and a lifestyle to learn and an entirely new sleep schedule: and not just me to work through but my family had to adjust to it as well.”

So Doty had his hands in everything – not just the dough. “It’s marketing. It’s hiring of employees. It’s making sure your customer service is right. ‘Oh hey, should we get on this Door Dash platform?’ It’s so many things that are going on. And you’re just trying to get your feet under you.”

Doty says they were finally getting acclimated to their new business environment and then the pandemic hit. “It was a scary time – more of the unknown than anything else,” he explains. Would sales go completely to zero? And if so, what did that mean for their employees?

“Gratefully, we were able to stay open through the whole thing, keep all of our employees, and everyone made some adjustments to help us get through it.”

Whether serendipity, a stroke of genius, or just seeing the gig-work trend, Doty’s decision to actually take the plunge and contract with Door Dash in February prior to Utah’s shutdown proved providential.

“At the time I was asking myself, ‘Why do we even have this thing?’ We’re doing like five orders a week! No one uses this thing. And then all of a sudden, it obviously became relevant.”

But it was more than just a shift to gig-workers and Door Dash Orders.

“Our customers made adjustments too,” he said. Noting that at the height of the pandemic, they didn’t have “Bill on his way into work getting five boxes of donuts.” But what they did see was and influx of families coming in way more often now that they were home. “We saw that groundswell of customer support and customer counts went up. So even though our average order size came down from those big company orders, the community really came through to make sure we were supported through it all.”

Do or Donut, there is no try

Fast forward a year later. It’s June 4, with less than 24 hours before National Donut Day officially hits. There’s a buzz in the air at Lehi Bakery. A mother and daughter combo open the storefront door entrance as their senses are overloaded with the heady and titillating combination of caramelized sugar, butter, flour and awesomeness. The duo pauses, and then without even realizing it, they inhale deeply – as if the warm sweet air is giving them life. The trance is somehow broken as the precocious blonde, who can’t be more than six years old, lifts her nose up so-as to position her mouth higher than the goodies in the glass case. “My mom’s favorite is the cinnamon sugar,” she says, as if beginning an expository. But before she can continue, her mother jumps in.

“We drove all around to find you guys,” the mother explains, adding that her GPS was not as helpful as she would’ve liked. But they had made it to the charming building nestled on Main Street in Historic Lehi. Today was their donut-day, feeling fortunate to get their order filled before the national celebration officially kicked off.

“How many donuts will you sell tomorrow?” another patron asks. “About 5000,” one of the employees behind the counter says, wrinkling her nose and looking off to the side as if fact-checking her own statement, and then amends with “probably more.”

When asked about this incredulous number, Doty confirms his employee’s estimate with a chuckle and adds as if shrugging his shoulders but reiterating an inexorable truth, “People like donuts.”

“It’s really what attracted us to the business,” Doty says, referring to our nation’s fascination, (ok obsession) with this particular brand of fried dough. “We make cakes, pies, brownies and all the things that make a well-rounded bakery.” And even though he doesn’t mention it outright, the bakery is also home to award-winning cinnamon rolls. But it’s the donuts they love and sell the most. Doty and his wife’s favorite are the bakery’s old-fashioned variety made with a white and buttermilk dough.

On the back of some of the employees’ t-shirts you can find the bakery’s slogan: “We don’t cut corners.” And while obviously-punny (the bit was created before Doty and his family bought the joint), he says it’s about more than just carrying square donuts.

“It’s actually true because we really try to do things the right way. There’s no rushing the process. We mix the dough. We let it rest. We take it through the whole process that we think is best because we want it to be the best. When we say we don’t cut corners, it may be cheesy, but it actually reflects how we try to treat the product.” And it’s that commitment to perfection in their confections that makes a difference and can be tasted in every single bite.

Sabrena Suite-Mangum is a writer and public relations consultant who resides in Holladay, Utah with her husband and two children. She has been known to make the 30-mile drive to Lehi for square coconut donuts, but if asked will says it’s because her kids love their maple bars and she’s being selfless.

All we need to get started is a call or an email from you!